Quantum Computing: What Is That?

The golden opportunity of my professional life came in 2003.

I was admitted to the PhD program at MIT, and through a series of unexpected events, I ended up landing a position as a research assistant in David Cory’s lab. David’s group had recently built one of the first quantum computers in the world, and I was captivated by the work they were doing.

At that time, quantum computing was still in its infancy. The quantum computers in our lab were significant for scientific research, but they weren’t valuable in a commercial sense. No one knew for sure whether it would ever be possible to build a useful, large-scale quantum computer that could actually outperform traditional “classical” computing technology.

Quantum computing has come a long way since then.

Researchers at Google recently demonstrated “quantum supremacy,” a significant milestone showing that today’s quantum computers can outperform classical ones, at least in a specifically-chosen challenge.

Although Google’s demonstration didn’t solve a useful computing problem, it was a significant milestone, and the commercial prospects for quantum computers have continued to skyrocket, fueling massive amounts of private investment (and hype).

After I finished my PhD at MIT, I transitioned into the world of patent law, where I’ve been helping high-tech startups develop patent portfolios ever since.

I received great feedback on the presentations, so I’ve adapted some of the material for our blog. The first question, of course, is what is quantum computing — and why does it matter?

WHAT IS QUANTUM COMPUTING?

Simply put, a quantum computer is a type of computer that uses quantum physics to store and process information.

I admit that’s a circular definition. Let me expand:

Quantum generally refers to the realm of physics dealing with atomic and subatomic systems – anything that’s governed by quantum mechanics (think atoms, electrons, photons, etc.). Computing refers to processing information, which is what a regular computer does.

Quantum computing can thus be understood as storing and processing information in atomic or subatomic states of matter.

I’ve struggled for almost 20 years trying to find an answer that’s both accurate and helpful. Pretty much all my “simple” explanations just open a rabbit hole, creating more questions than they answer.

So I was relieved to see this quote from Michael Nielsen, a quantum physicist who wrote the authoritative textbook on the subject and has arguably done as much as anyone to educate the world about quantum computing:

If he can’t do it, then I can’t either. And that’s my excuse for not attempting to provide a simple explanation here. However, if you’re really interested in learning how quantum computers work, and you’re willing to dive into the rabbit hole, then here are some educational resources that you might find helpful:

WHY IS QUANTUM COMPUTING IMPORTANT?

Because of their computational efficiency, quantum computers can solve certain important problems relatively quickly. (For example, quantum computers will be able to do in minutes things that would take today’s most powerful classical computers thousands of years.)

And one of the important problems that quantum computers can solve quickly has significant implications for information security — specifically, a large-scale quantum computer could compromise the security of the world’s entire communication infrastructure.

If that sounds like a dramatic, impending security threat, then you read it correctly. Let me explain.

When you buy something online or log into your bank account, your credit card and banking information remain secret because your computer uses cryptography to encrypt all your sensitive data. However, the type of cryptography that’s being used by the vast majority of today’s computers would be vulnerable to an attack by a large-scale quantum computer.

This has been well known for decades, and it’s almost certainly why the U.S. government started funding quantum computing research almost 30 years ago. However, new types of “quantum-safe” cryptography are being developed — including by one of our clients, Isara Corporation. So no need to panic.

But information security is just one example of the many important applications for quantum computers. Quantum computing will offer massive computing power for many other realms beyond cryptography, including quantum simulation, quantum chemistry and quantum optimization.

Other implications of quantum computing

The broader point to remember is that quantum computers perform certain tasks with greater computational efficiency than classical computers.

And I’m being careful to say “computational efficiency” instead of “speed”. We usually talk about the “speed” of a computer in terms of the number of operations the computer can perform in a given amount of time (computing power is sometimes described in “floating point operations per second” or FLOPS). In this traditional sense of “speed”, a computer that’s twice as fast can do twice as many operations in the same amount of time.

To put it differently, quantum computers solve problems in less time because they can execute more efficient algorithms. It’s algorithmic efficiency that we’re talking about here, not brute force speed.

Finally, don’t be distracted by the fact that we’re talking about atomic and subatomic systems here — the value of quantum computers has nothing to do with the size of the quantum computer itself. In fact, today’s most advanced quantum computers fill up an entire room! (The New York Times published a photo of Google’s system here.)

Quantum computers are not necessarily smaller than classical computers, and their value is not associated with their physical size. Here’s a table summarizing all this for you:

When I was working as a researcher in the lab, almost all the research and development in the field of quantum computing was funded by the government and carried out in national labs and research universities.

But since the commercial prospects for quantum computing have become more promising, a variety of businesses have entered the quantum game over the past 10 – 20 years. And the race for quantum supremacy (which was ostensibly won by Google in October 2019) is just one part of a larger ecosystem of developments.

Here’s a look at the players in the quantum arena. 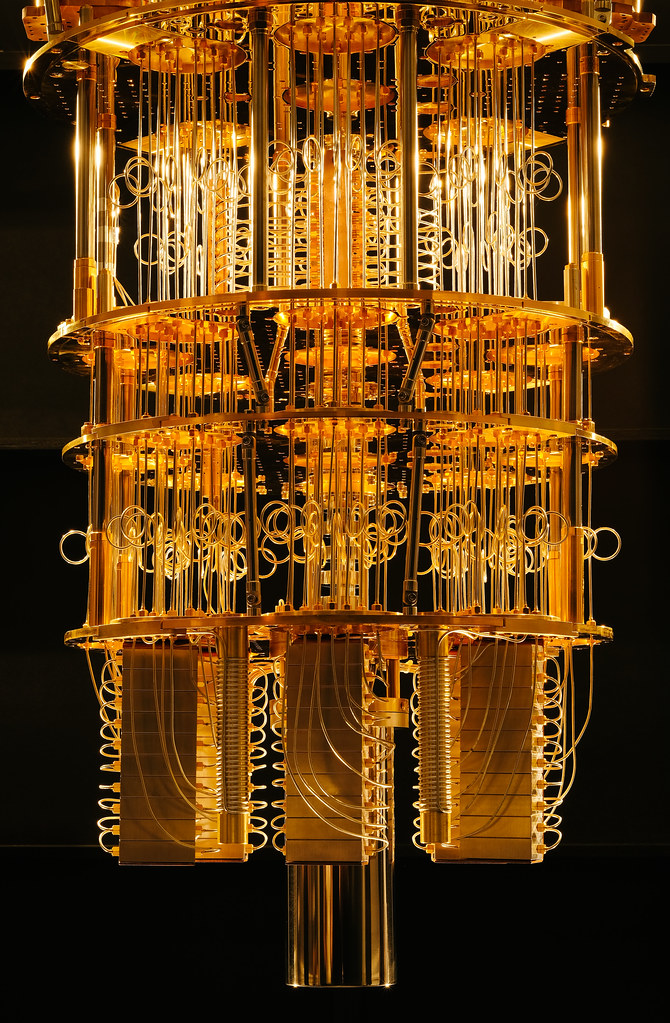 As you’d expect, many large tech companies are helping lead the charge in quantum computing. At this point, the quantum computing leaders in big tech are Google and IBM. As noted above, Google recently grabbed headlines by demonstrating quantum supremacy for the first time. And several years ago, IBM made the news by deploying one of the early cloud quantum platforms, called the IBM Quantum Experience.

Other large tech companies that have research and development efforts in quantum computing include Hewlett Packard (HP), Intel, Northrup Grumman, Lockheed Martin, Microsoft, AT&T and Raytheon. Not all these companies are actually building quantum computers; some are developing quantum sensors, quantum simulators and other related technologies.

There’ve been so many quantum startups over the last decade, it’s hard to keep up. The journal Nature recently published a nice infographic breaking down the hundreds of millions of dollars that have been pouring into quantum startups from private investors in recent years.

According to a 2016 report from CB Insights (which is outdated but offers interesting data nonetheless), 15 private-equity quantum computing companies received funding between 2000 and 2016, with 2014 seeing the most funding activity with 11 rounds.

As with large tech companies, many quantum startups are not actually building quantum computers. For example, many of them are developing other types of quantum technologies, including software, instrumentation and communication.

As I mentioned above, quantum computing research was largely academic for many years, until the early 2010s. Because the research had a primarily scientific (rather than commercial) focus, there were very few patent applications related to quantum computing during that time period.

Of course, the number of patent filings started to increase dramatically when commercial prospects appeared viable and private funding started pouring in.

Between 2013 and 2014, the number of patent filings related to quantum computing began to increase dramatically, which then led to a sharp increase of published applications from 2015 on. (Patent applications generally publish about 18 months after they’re filed.)

As shown by the data published by Patinformatics, the number of published patent applications started growing exponentially about five years ago, and I have no doubt the trend has continued.

Importantly, patents for quantum technology go well beyond quantum computers. Much of the technology being developed in the quantum ecosystem has commercial value outside the computing industry. For example, quantum sensing and quantum communication are two areas of recent growth that get less press than quantum computing but could have comparable value and impact.

I’m just getting started! We’ll keep publishing articles on this topic until we run out of stuff to talk about. Do you have specific questions or topics that you’d like to explore? Contact us!

POSTED IN: All Posts, quantum computing